7 Female Guitarists You Should Be Following 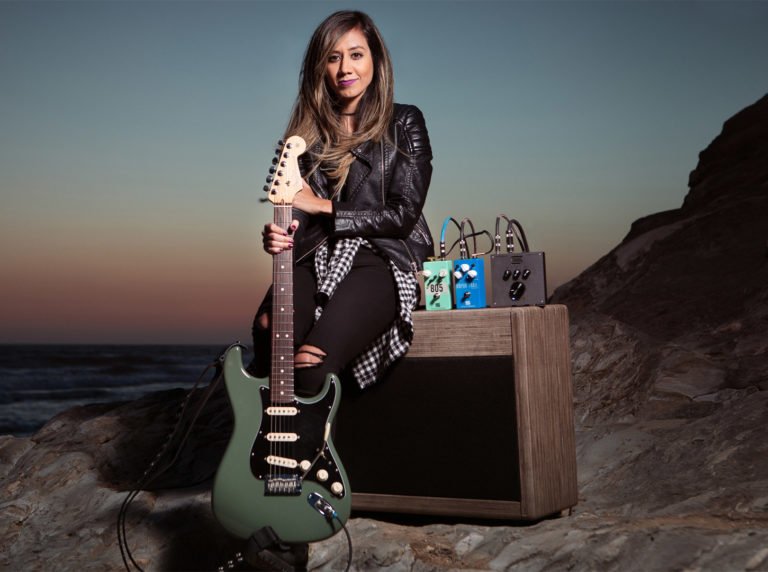 In a world of a million amazing guitarists, the fact is that most of them are men. I grew up playing electric guitar, and I was the only girl amongst my musician friends.

So naturally, I found some female guitarists to look up to! Some of my first women guitar heroes included Joan Jett, Nancy Wilson, and Jennifer Batten.

Quintero is one half of the Mexican duo Rodrigo y Gabriela. She stands out with her percussive fingerstyle guitar playing.

Not only does she shred with the best of them, but her strumming/percussion is magical. Gabriela carries much of the percussion elements in the band. She combines strumming with slapping, tapping, flicking, and hitting the strings and guitar body.

In fact, the band had to take a break from touring in 2010 due to Gabriela developing stress injuries in her strumming hand!

It’s easy to spot the heavy metal influence in her playing, even when she’s holding an acoustic guitar. If you’re a fan of fingerstyle, she should be on your list of guitarists to watch.

Her name may be a mouthful, but her playing is smooth and so easy on the ears. Many of the big names agree; she’s shared the stage with the likes of Steve Vai, Alice Cooper, Santana, Richie Sambora, and (almost) Michael Jackson.

Her latest album, O, displays both her musical talent and her eccentricities. It’s a melting pot of muscly guitar riffs, catchy vocal hooks, and electronic sounds. Of course, clean, smooth solos finish it off in true Orianthi style.

Interestingly, the rocker is also currently working on an instrumental meditation album. Orianthi is a loyal fan of PRS guitars.

Watch a couple of videos of Laura Chavez jamming the blues. She’s intense, passionate, and exciting to watch. It’s easy to see that she loves what she does.

The blues powerhouse was first inspired by Led Zeppelin and Jimi Hendrix. But she only began taking guitar seriously as a teen, when her parents bought her an Ibanez electric. These days, she’s regularly seen with her favorite sunset-colored Stratocaster.

Her silky blues tone is typical of a Fender. But it’s her own unique flair that gives the music an emotional edge.

Chavez dislikes being labeled as a great “female guitarist”, instead of simply an amazing guitarist. Sorry, Laura!

She’s a fantastic influence for all blues guitarists out there. But there’s no denying that Laura Chavez is a great role model for young female guitarists to look up to.

This chick can shred! She’s known for playing an 8-string guitar, and she makes full use of every inch of it.

Longfield is a musician of incredible talent. As well as guitar, she plays piano, violin, flute, cello, and drums. But guitar is her passion, and it comes across in her unusual musical offerings.

She makes lightning-fast metal licks look easy, but not all of her music is hardcore. Some of her later music is strikingly reminiscent of Joe Satriani. She puts her extensive musical knowledge and talent to use to create superbly layered melodic tracks.

Longfield uses Strandberg guitars and even has a signature model – the attention-grabbing Boden Metal 8.

At first glance, Charo doesn’t look like a highly-acclaimed flamenco guitarist, but that’s exactly what she is. She’s been active on the musical scene for a staggering 58 years!

Her background is a little unclear. The most accepted version is that as a young teen, she studied flamenco guitar at a school founded by guitar virtuoso Andrés Segovia.

Charo’s style may be glitz, glamor, and flash, but she’s all business on the guitar. She keeps her fingernails long on her picking hand so she doesn’t have to use a pick. Her fretting hand’s nails remain short, so she can speed around the fretboard.

Although her career in the USA has focused on things other than her musical talent, she’s extremely highly regarded in the contemporary Latin music scene.

Menn is a highly educated musician. She earned a Bachelor of Arts Degree in music and studied under classical guitarist Phillip de Fremery.

You may be surprised to find out that this cool, calm, and collected guitarist was a pilot before she made music her career!

Menn favors Music Man guitars. She’s been using them from the start, when she was given a blue burst Music Man Silhouette by Ernie and Sterling Ball.

This Brazilian-born virtuoso makes heavy guitar work look simple. She not only makes top quality music for the fans, but she’s caught the attention of some of the biggest names in the industry.

Basilio is an Ibanez fan, and has her own signature Ibanez model. The LB1 is decked out in the same light purple as her signature lipstick. It also boasts a set of Seymour Duncan pickups that were also custom designed by Lari.

She’s also the first female guitarist to be invited by Joe Satriani to take part in the G4 Experience.

Talent isn’t gender-biased! Every guitarist I’ve mentioned here is a highly skilled musician who has made a life and a living out of their guitar playing.

In reality, there’s no difference between men and women guitarists.

As Candye Kane aptly said of Laura Chavez, “Do you notice that Laura doesn’t play guitar with her girly parts? She uses her hands like every other guitar player.” Very tongue-in-cheek, but very true at the same time.

These ladies are guitar powerhouses in their own right. While they’re right up there with the guys (sometimes even better than the guys), they’re also real role models for girl and guy guitarists alike. 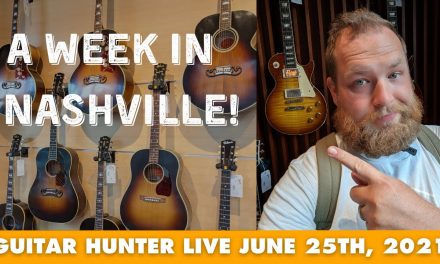