Does Guitar have to be an expensive hobby? 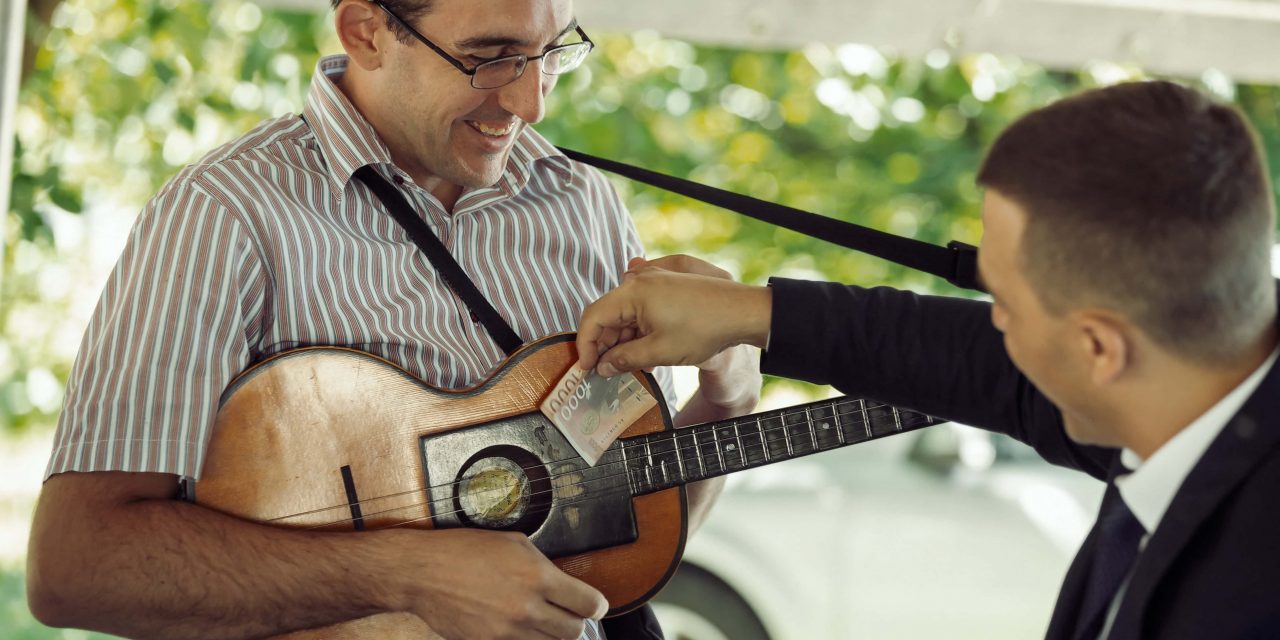 Life is like a box of guitar strings… Wait, let me try that one again.

How long is a piece of guitar string? That’s the question you’re asking as far as guitar being an expensive hobby.

Guitar is as cheap or expensive a hobby as you make it. Obviously you’re not going to play a show with $50 worth of gear, but compared to when I started playing guitar (a dark, synth driven time known to some as the 80s), inexpensive gear is light years better, and you can even learn the guitar online for free.

Here’s a breakdown of what you can expect as a budget guitarist.

One of the biggest factors that people assume throws playing the guitar out of their budget is getting lessons, and while – yes – a good guitar teacher is going to cost you $40-$60 per lesson, in reality you do not need in person lessons to learn the guitar.

As with everything in our digital lives, there are a ton of online resources for learning the guitar. Between apps, YouTube and online courses, you can realistically spend any amount of money you want to learn the guitar, from free YouTube videos to expensive paid courses.

In addition, there are websites like ChordGenome which give you all the beginner chords you need, plus a host of easy beginner guitar song tabs to get you up and running in no time. It really is up to you if you want to spend any money at all on learning the guitar.

Not to sound like a grumpy old man, but I learned to play on a cheap Encore guitar, a brand that doesn’t even exist any more, probably due to how knock down terrible the guitars were. The wood was rough with a terrible plasticky finish, the action was rougher, and the pickups sounded like they were behind plexiglass.

However, with east Asian guitar factories pumping out tens if not hundreds of thousands of affordable guitars in the last few years, it’s actually very possible for a beginner to spend not a lot of money to still get a very useable guitar.

Some of the best electric guitars under $300 will do a new player for the first several years of their guitar playing life. Better still, if you’re not ready for taking on chords and all of their complications, you can pick out a bass to play, though be aware that a full sized bass will have a super long neck – if you’re younger (or buying for someone younger), you’ll want to specifically look for a bass guitar for kids.

Why is it important for a beginner to have a good guitar? Well, you’re still getting your fingers acclimated to the physical process of playing, pressing down the strings, staying in tune and so forth. You don’t want to add to that the complication of a guitar that’s so cheap it simply can’t stay in tune on it’s own.

Thankfully, as far as budget guitars, there really is something good at all budgets – and you can even easily pick up a cheap unfinished kit guitar, add all of the electronics to taste, top it off with the finish of your choice, and still have money left over for a budget amp.

So look – there are a ton of guitar amps under $100 that will actually make you sound pretty damn good, but I’m going to leave you in on something of an open secret: for about $150 you can very easily pick up a used Boss Katana amp, that not only has a ton of killer sounds, and not only has a ton of effects pedals built in, many of them are actually loud enough to keep up with a drummer.

Yes, you can spend thousands or even tens of thousands of dollars on amps if that’s what you want – but if you’re trying to keep the price down, the Boss Katana is an absolute no brainer.

Better still, you can go the “no amp” route of picking up a cheap interface and using one of any number of free VST plugins on your computer to get your tones. If all you want to do is practice at home or record your own songs, and you don’t want to annoy the neighbors – this is the way to go.

While the aforementioned Boss Katana has a ton of pedals built in, everyone likes to buy something shiny and new from time to time, and pedals scratch that itch.

However, while you can again spend thousands on pedals if you so wish, there is actually a whole market for cheap pedals out there that sound just like their more expensive cousins.

Take the Ibanez Tube Screamer. This legendary overdrive can be bought in versions up to $179, but did you know that you can get a near identical pedal for as little as $35? The Joyo Vintage Overdrive is my personal favourite Tube Screamer clone, they’re easy to find (even Amazon sells them) and once you get them dialled in, only a cork sniffer could tell the difference.

When it comes to the cost of learning the guitar, the world really is your oyster. I know people who spend thousands on gear every month, and I know guys who’ve had the same guitar and amp for 20 years.

Really, when it comes to the cost of being a guitarist, the ball is well and truly in your court. 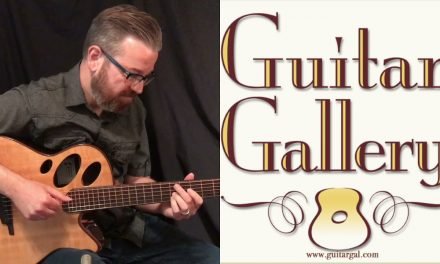 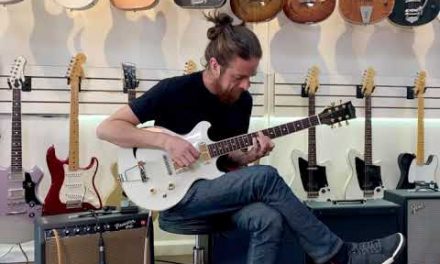